Could APPLE owe you a refund?   Should they?  Whose fault is it really?

Following a recent Federal ruling in the USA,  Apple has until the end of March 2014 to notify it’s US customers of any potential reimbursements which may be due from the unauthorized purchase of  apps from iTunes.

Many parents are not aware that there is a 15 minute window after purchasing an app from iTunes where further purchases can be made.   So although they have entered a password to authorize the original sale, they did not authorize further spending during that “window”.  Following complaints from parents with children who managed to spend sometimes thousands by purchasing more game credits, outfits, abilities or whatever the particular game offered (in app purchases)), Apple has been told to pay up (at this stage for US customers only).

This brings us to the sticky debate about whether it is parental responsibility to supervise and educate their children (and themselves) about how their mobile devices work, and to take the time to check and adjust settings, or should the provider be responsible.   Perhaps the responsibility should be divided between parent, Apple and the app developer? 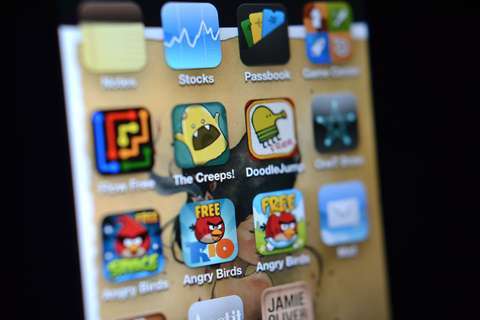 With the amount of advertising on many free games it is super easy for your child to even accidentally click on a banner which looks like it is part of the game (heck I’ve even done it myself!)  I’ve heard and read many stories of parents who have been stung by large gaming bills.  Even whilst sitting with their children who are playing on tablets or phones whilst they play with them parents may not realize that their children are purchasing additional credits only to find in a matter of a few minutes hundreds of dollars have been spent.   You might think this sounds crazy, but with bonus packs of credits for these games often priced at $49-$99 suddenly you see how the app guys are rolling in it, and how those bills add up.

I believe this is a warning to us to consider how many of these games could be effectively influencing, if not “grooming” future generations into gambling.  If our children can happily purchase a bunch of virtual coins to put in a virtual slot machine for a real amount of say $49, when there is no actual “prize” at the end, then we really should be getting a bit concerned.  Perhaps it’s time to become  far more discerning about the games our children are playing (often daily for hours at a time).

At the time of writing I’m not entirely clear whether the 15 minute window will be removed.  It’s a handy thing to have when  you are downloading several things at once such as songs – perhaps just making the default setting to be that you can’t make in app purchases would be a smarter move.

I’ve added some illustrations of changes to iPhone settings that you can make straight away.  You can also use the fingerprint scanner on an iPhone 5S so that only  the one person can authorize further purchases.  Don’t delay – check your restrictions and app settings today! 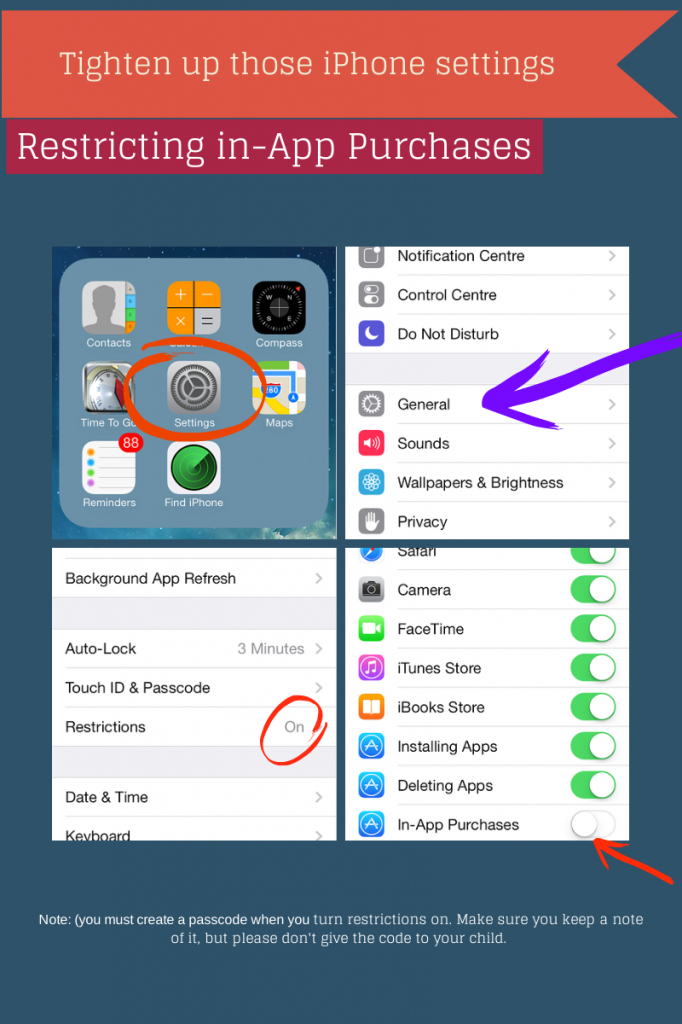 So what are your thoughts?   Should we be refunding people because Apple (and Google) make it easy to upgrade , up sell and add-on?  Or is it buyer beware and we, as the consumer, should be bothering to understand just what it is we are buying; from the equipment we use down to the apps we are loading onto it?  Further, given that children cannot legally enter into contracts and agreements without parental permission, how can app developers aim these products at them without full disclosure to the adult?

Oh and by the way, before you start telling me that we should all have an Android, Google Play isn’t a better option.   According to a recent report by “Consumer Reports” the Pet Hotel app, (which was the app concerned in the original complaint regarding Apple), had an even longer window of  30 minutes before the “window” to purchased closed!  This allowed several other purchases to be made. You can read that report here.

Actions  you can take on  your child’s iphone now: 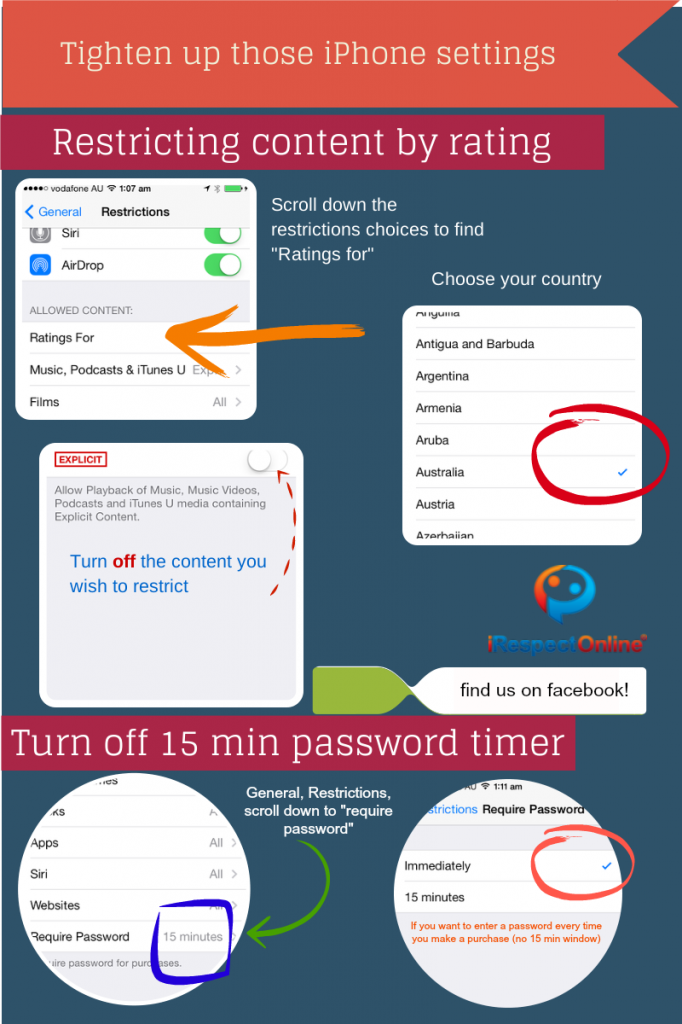 We would really love to know your thoughts on these important matters.   Please leave your comments.

more about the author at www.fionalucas.com.au