There have been some lovely stories in the news of late, of students who have set out to make the lives of children who are bullied or just lack confidence so much better.   They are using twitter to help build on their strengths.  High school captain Kevin Curwick anonymously “tweeted” kindness to students who were being bullied, and then came the story of Jerimiah Antony from Iowa who created a “compliment campaign”.   So far they have sent out more than 3,000 compliments to students of West High, Iowa.

Feedback from students at West High is heartwarming and delightful.   They speak of the benefits such as a great sense of community and a real positive vibe at the school.

Jerimiah doesn’t just send out tweets to those who are vulnerable.  According to an article by Nadine Kalinauskas, Jerimiah stated  “We just send compliments to people who we think are feeling bad a certain day or who have done something really good, like winning a state title.  I believe that showing the goodness in people is very integral to our account, because so many people on Twitter and Facebook get cyberbullied because they’re less than perfect.”  (you can read the original article here)

What a lovely gesture!

I was surprised to find that even with such a feel good story, there were some negative comments.  One stated that they were still “hiding behind a screen” – however given that the students know where the compliments are coming from personally I don’t think that holds true.   Another alluded to students being “sissies” ?  Really?  Here you have young students prepared to stand up against bullies and exercise positive action and somehow they are sissies?

Well I think it is wonderful and it inspired me to want to share the love.   So i say YES TO REVERSE BULLYING!  Give someone a compliment and watch them smile.   Make it from the heart, but  something simple.  Perhaps it is something you are thinking, but would normally not say out aloud.   For example a beautifully dressed woman walked past me the other day, a total stranger and she was wearing really stunning shoes.  So I told her how lovely she looked and how beautiful the shoes were.   She looked surprised, but delighted and we both walked off with a smile on our face.    In this day and age we so often here someone say something negative out loud, such as “don’t push in” or  a nasty comment about poor fashion sense, but rarely do we hear someone say the good things out loud.   Don’t just do it in the street, do it on the net!   We can share a positive personal message so easily.

I vote we try spreading some love, so I attach my  “with love” image and hope that you might just share it, and when you do – share a compliment to the person’s whose page you share it on.   Don’t spam people with it please, be genuine, and be respectful.  Make it something your granny would be proud of hearing you say! 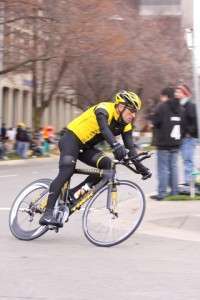 Will we see backlash against a major charitable organisation, one that does so much good in the world in regards to supporting those with cancer, following the naming of Lance Armstrong as a drug cheat.

Scanning through the comments on the Livestrong site there are both supporters , the trolls who can’t resist a good party and those who are disgusted that the head of such a wonderful organisation, promoting health, should be deemed to have used performance enhancing drugs.    This does not align with the mission of Livestrong which immediately poses  problems in regards to authenticity.

As an avid lover of the Tour de France and a recreational cyclist  myself, it brings me great sadness to consider that doping has occurred in this great challenge.   There is another whole blog I could write about the need to win overriding the need to do it without the assistance of drugs, but today I am concerned with reputation.

The Tour is about endurance, how long will this taint on Lance’s reputation endure?

Lance himself claims he is innocent, but does not want to fight the charges.  With evidence from 26 people including 11 of his own teammates, it is not a good situation to be in and Lance is sure to find that his reputation will suffer from this.   Why he doesn’t want to fight it – that is his business, perhaps living strong now, having survived cancer means more to him than dredging up the past.  Hopefully the good he has done in inspiring other cancer sufferers to fight on will be enough to carry him forward.

However it is not just Lance’s personal reputation at stake.  These accusations reflect badly upon the Livestrong foundation itself and all those who support him and work closely with him.   There will have to be considerations and deliberations made with any organisation with links to him – analysis of any potential backlash vs positive benefits.    Unfortunately negative fallout from this will “live strong” on the web forever and work will need to be done to gain the forgiveness of the public.  The pride surrounding the Tour is such that many may never forgive.

Some might say that he has well and truly made up for indiscretions through the creation of  Livestrong and the positive legacy concerning his fight against cancer; and I am certain fellow cancer suffers will rally behind him (and it appears so, as has his sponsor Nike) ; but no one likes a cheat and that is mud that sticks.

Ethically can one then say that we can excuse cheating because of the other good which has been done?  However has the organisation in a way been built around a lie? If we excuse a cheat once, then how can  we not excuse cheats forever?    It is indeed a difficult situation.  It would have been best to have a definitive response.  Fight for innocence or admit to having taken performance enhancing drugs and then allow all to move forward.    What feels wrong is that once Lance stated that all he needed to beat cancer and return to cycling better than ever  was will, moxie and hard work – but for those who put so much belief into him, did he also omit another ingredient which may have been essential to him winning?   We may never know.

Perhaps we really are up to the stage when we just shrug our shoulders and say “whatever” because here is a man who was an inspiration to so many that we really can say “its in the past”.   Perhaps we also could say that his indiscretions related to his career, but his survival of cancer was the next chapter and we read the story only from there.

The issues are more complex than this blog.   Perhaps the case for Livestrong is unique given it’s charitable work, many a fine organisation would not withstand this kind of media attention.  Consider  it was the Chair of another  major charity  accused of wrong doing, one who was not an athlete, would a different type of cheating be forgiven?.  Will the charity now perhaps come under closer scrutiny?

Generally would you trust someone who cheated? Does the good always conquer the bad?

We would love to know your thoughts.