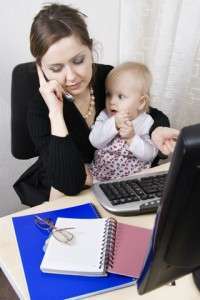 I love the internet and the way it brings the world to my fingertips in great detail.  I love that we have access to such amazing technology, but I also worry about the hidden cost of all these electronic wonders.

My post today was triggered when I came out of a store and saw a young Mum in her car, parked at the supermarket, having a great old chat on the phone, whilst little baby around 6 months was sucking on a dummy in the baby seat,  eyes glued to the brightly coloured cartoon playing on the video screen in the car headrest.   Mum was on the phone when I went into the store and still on it when I came out.    I guess I was around 10 years older than the women in the car, but in that moment I had one of those “wow’ moments, and in some ways felt a little old as my children didn’t have headrest video except occasionally when travelling in a hire car.   I certainly agree there are times when they are wonderful, although I personally  first you have to get through the rounds of  “I spy” and “I went to the store and brought a” before you turn them on when they are getting a little tired and fractious.   I remembered in lean times how excited I was when my son was a baby and I finally had a car with airconditioning and could drive bubs around to settle him on a hot summer night – and the car was cooler than home.   I guess the difference was that  I always spoke to the kids and didn’t use my mobile as much as I do now, and I always was a bit anti video/tv when they were little.  Kind of hilarious now when my grown son is a complete movie addict!  But I digress.

Having the video/ipad to distract the kids is great, but are we accidently depriving our children of learning the joys of direct conversation?   Are they growing up in a world where they observe us paying way more attention to the small box in our hand which we constantly talk to than we do to actual people?   Rather than have a conversation with our children, even when they are small, do we now tending  to just turn on the tv, handheld game, hand them an ipad or put a video on in the car just to keep them occupied so we can continue to get on with our lives?  So we can get in that extra phone call?  Our children learn how to communicate through us.. don’t they?

How many hours do you think the average toddler has real conversation against how much is heard from an electronic voice and should we care?   Perhaps it is just the way of the world and won’t affect them – or will the future generations find it harder to hold actual conversations?    From observations this is how I have seen the average parents day begin.  First the television comes on early in the morning to allow time for some housework and early morning business.   So perhaps an hour or so on television or a video in the morning.  Then Mum might head out to meet a friend or have some more calls, so child is propped in the cafe and handed an ipad or even the phone so that the adults can talk .. is this the new version of seen but not heard?

Mum then heads to the shopping centre and takes some more calls on the mobile phone, getting annoyed at the interruptions from the kids who want her attention while she shops for dinner – but can’t they see she is on the phone?   So our children grow up knowing that it is really important to get a phone because the phone is more important than anything else.   Often Mum keeps talking as she pays the shop assistant – so our children again see that the phone is more important than dealing with a real person.  Back at home, Mum needs to get some work done (and boy I know how hard it is to raise kids and run your business and a home – it is not an easy job – so I get the need to try and find balance and time), so on goes the video, or maybe a handheld game.   The television is often on during dinner as well, and maybe some computer time before bed.   I think it might be really scary if we actually added up the time we are with each other but not actually present – even for the sake of the article I actually am resisting adding all that up because it I can tell it won’t be a pretty picture I’m painting.  Again I’m not at all suggesting this is the norm for all parents, but I do feel that it is increasingly the case.  We have to work harder and longer it seems these days – so it is all the more reason to become aware of the possible pitfalls.

Isn’t it time we started showing some respect for each other in the presence of others, particularly our children?    I am guilty of  being quite distracted by my phone at times, and have been consciously making  a point of leaving it in my bag and not answering it (or trying not to!)  when I am in the company of others.  Of course there are business calls one can’t always avoid,  but I do believe that the people I am with deserve my attention so I’m trying to be more aware of that myself.

When it comes to older children and teens, most have a mobile phone now, so I believe t is really important that we don’t place too much focus on it.  It is a communication tool, not a toy.  Certainly while they are at school, or during dinner we should be encouraging them to put it away so that we can ensure we are equipping our children with great face to face communication skills along with their incredible dexterity with electronic devices.

There certainly is a place for using these amazing tools to help our children learn,  but let’s make sure we keep it in balance and not forget keep a real conversation going with them.    The behaviours they learn off line are very important as to  how they engage online; but with many children engaging online or at least electronically earlier and earlier, it’s really important that we get the balance right.

As parents we do the best we can, but in this highly connected world we get so “connected” to our tools that we risk disconnection from each other and from our children.  How about having a tv/video free day once or twice a week and make a conscious effort not to answer your phone during your quality time with your children, and encourage them to join in the conversation.  Having “you” time is really important for a good healthy balanced life, but just be aware of the behaviours that your children may well model sooner rather than later.
Fiona.